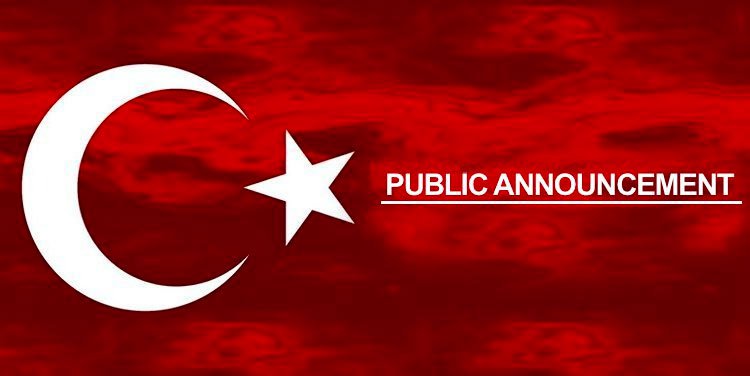 The National Data Release Calendar; in order to provide more timely and effectively release of official statistics by all institutions within the scope of the Official Statistics Programme based on the Turkish Statistical Law (Law # 5429), has been prepared by Turkish Statistical Institute in coordination with other institutions and updated regularly each year since March 1st, 2007

“2020 National Data Release Calendar”, indicating the publication dates of the official statistics to be released in the year 2020 by all public institutions including Turkstat, is now avaliable on Turkstat web page “www.turkstat.gov.tr” and on Official Statistics Portal “www.officialstatistics.gov.tr” .

Announced to the public.